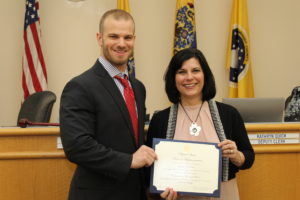 A proclamation in recognition of a story she wrote that was published in the Journal of Therapeutic Horticulture was also presented by Eric Wadle, a representative of New Jersey Rep. Leonard Lance, R-7th. END_OF_DOCUMENT_TOKEN_TO_BE_REPLACED

Brother International Corporation Bridgewater employees celebrated Horticultural Therapy Week early as they explored wellness alternatives in a Lunch-n-Learn Workshop February 28th as they learned about the use of plants for social, physical and psychological well-being through Horticultural Therapy.  Participants connected and engaged with plant materials while creating hands on projects in purpose and meaning.  The workshop was guided by Horticultural Therapist Laura DePrado of Final Touch Plantscaping, LLC

“What a great event for our Employees!  It was uniquely different yet so inspiring, calming and joyful!”

Put a little love in your heart with horticulture therapy 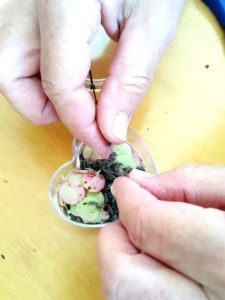 This month’s Horticultural Therapy activity theme is “Put a Little Love in Your Heart,” bouquets and heart containers designed for all ages and abilities.
(Photo: ~Courtesy of Laura DePrado)

February offers fun in anticipation of the groundhog and whether he will see his shadow, and whether winter will continue for six more weeks, or spring will arrive early. Next, Valentine’s Day takes over where the groundhog left off, and hearts and flowers arrive.

Monthly calendar events, celebrations and holidays, along with plant materials associated with the seasons, are used in horticultural therapy activities and programs.

END_OF_DOCUMENT_TOKEN_TO_BE_REPLACED 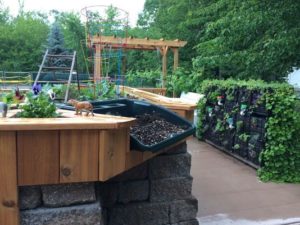 In its commitment to promote gardening to gardeners and non-gardeners alike, the National Gardening Bureau (NGB) has grant awards available in 2018. A nonprofit organization, the NGB exists to educate, inspire and motivate people to increase the use of plants in homes, gardens and workplaces by being the marketing arm of the gardening industry.

NGB members are experts in the field of horticulture and information comes directly from these sources.

END_OF_DOCUMENT_TOKEN_TO_BE_REPLACED 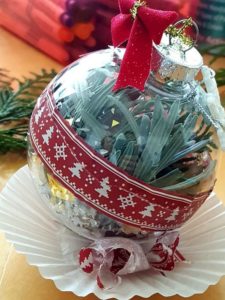 The landscape is frozen in time as winter blankets trees, shrubs, perennials asleep until next spring. The garden is all but forgotten, but some plants are truly at their best this time of year with colorful foliage, and stems that make great materials for horticultural activities and learning in programs of horticultural therapy in the Garden State.

Horticultural therapy is the process of using plants as tools for rehabilitation of an individual or group through activities and projects that are guided by a horticultural therapist in purpose and meaning for the participants.

END_OF_DOCUMENT_TOKEN_TO_BE_REPLACED 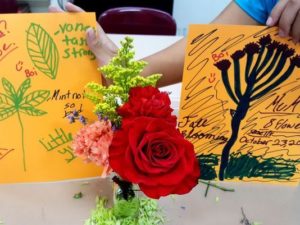 In The Garden Club, children engage in hands-on activities with purpose and meaning, learn about cycles of nature, seasonal rhythms, and feel safe to respond to an abundant supply of plant materials and life stages from seed to harvest, and from birth to maturity. (Photo: ~Courtesy of Laura DePrado)

Horticultural Therapy provides an opportunity for children to work cooperatively with other children while learning new skills and new information. Horticulture, the growing of plants, is also an activity where children can learn and grow.

Specifically designed horticultural activities promote healthy interactions and developmental growth in a child and creates a fun, engaging, nonjudgmental environment where both children and plants thrive and bloom.  END_OF_DOCUMENT_TOKEN_TO_BE_REPLACED 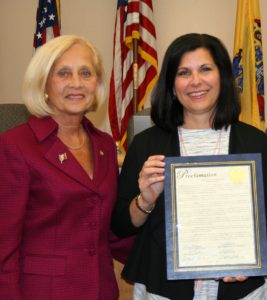 The Somerset County Board of Chosen Freeholders congratulates horticultural therapist Laura DePrado of Branchburg on her recent article in the American Horticultural Therapy Association’s Journal of Therapeutic Horticulture.

The article recounts her successful efforts, with the help of state Sen. Kip Bateman and former Assemblywoman Donna Simon, to make New Jersey the first state in the nation to celebrate Horticultural Therapy Week during the third week in March, starting in 2016. Gov. Chris Christie signed the joint legislative resolution into law in May 2015.

The New Jersey Senate and Assembly resolutions, along with proclamations from Rep. Leonard Lance and from the Board of Freeholders, were presented at a freeholders’ meeting in February 2017. END_OF_DOCUMENT_TOKEN_TO_BE_REPLACED 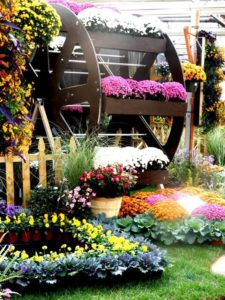 Blooming through the Seasons in purposeful and meaningful activities that guide connection and engagement, and bring about success for all. ~ Courtesy of Laura DePrado

The Monarch Butterfly migrates to seek new life. Leaves are turning brilliant golds, reds and bronze at their own seasonal pace across the canvas of the landscape. Leaves are dropping. Trees, shrubs, and summer’s flowers bloom are no more.

October is falling into a cornucopia of mums, pumpkins, gourds, corn stalks, celosia, pansies, cabbages and kales, while Horticultural Therapy and community connections are blooming and creating another landscape in the making. END_OF_DOCUMENT_TOKEN_TO_BE_REPLACED

Somerset County libraries’ Warren Township Library branch began offering programs for adults with developmental disabilities in September 2016. The Library has offered over half a dozen programs thus far, and plans to expand the initiative in the future. The participants have enjoyed bingo, yoga, jewelry making, music, dancing, gardening, and more.

END_OF_DOCUMENT_TOKEN_TO_BE_REPLACED 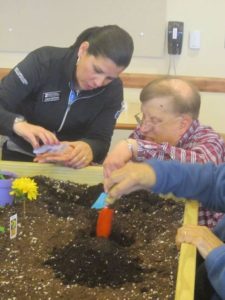 Three years ago this month, the horticultural therapy program at the Adult Day Center (ADC) of Somerset County in Bridgewater was introduced.

The program was named “Horticultural Connections” by the members of the nonprofit agency committed to providing affordable day services for disabled and elderly residents of Somerset County. Through the seasons members, caregivers, staff, students and volunteers plant, connect, and benefit from the hands-on activities using materials from New Jersey growers.  END_OF_DOCUMENT_TOKEN_TO_BE_REPLACED