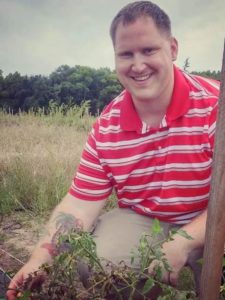 Andrzejcak said, “I didn’t know anything about horticultural therapy when I got home. I discovered that HT existed, and being in the Assembly and supporting NJ Horticultural Therapy Week to build awareness, I saw its benefits. It’s great and it is a no-brainer. This should have been done a long time ago.” (Photo: ~Courtesy of Assembly Office of Bob Andrzejczak)

U.S. Army Sergeant Bob Andrzejczak was in charge of providing security as the Rear Gunner sitting in a turret, covering the rear of the entire convoy when they were attacked with an armor-piercing grenade during his second deployment 2008 in Bayjim, Iraq.

In an attempt to save his men while on patrol driving down Market Street, Andrzejczak unhinged himself from his harness and crawled to the back of the truck to make sure all his men were okay. He was the only one severely wounded. He knew it was bad, but his priority was to let everyone know that he was okay. He was flown to Walter Reed hospital in Washington, D.C., where he underwent seven surgeries. He lost his leg in the first two weeks and spent months there on the arduous journey to recovery.

END_OF_DOCUMENT_TOKEN_TO_BE_REPLACED 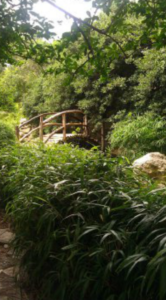 National Horticultural Therapy Week (NHTW), has been a “ritual” of AHTA to promote and celebrate horticultural therapy third week of March since 2006. This March 2016 marked 10 years of recognizing HT in this way. Lana Dreyfus in 2004 planted a seed. At the time Lana was an AHTA board member and President of the Chesapeake Chapter who campaigned for NHTW. Through communications sent out by the AHTA, every member of AHTA was encouraged to take a moment and contact their elected representative and senators to ask for their support of this resolution. Congressman David Price, 4th District of North Carolina, agreed to sponsor a Congressional Resolution Number 92 submitted to Congress March 2005 supporting the recognition of NHTW during 2006. END_OF_DOCUMENT_TOKEN_TO_BE_REPLACED