NJ Leaders have officially recognized the benefits of Horticultural Therapy, and have passed resolutions stating that…

WHEREAS,  the New Jersey Department of Agriculture recognizes that people benefit from plants, passively and actively, and that no one should be denied the benefits of working with, growing and harvesting plants; and

WHEREAS, Horticultural Therapy (HT) is recognized as a practical and viable treatment which uses plants and customized gardening activities to provide wide-ranging benefits for people in therapeutic, vocational and wellness programs; and

WHEREAS, HT programs provide new growth opportunities for the agricultural producers of New Jersey to bring their goods to market, while exposing the benefits of agriculture and gardening to a community that is currently disconnected from the farm and nursery industries; and

WHEREAS, in May 2015, the Governor signed into law SJR12/AJR13, designating the third full week in March to be “Horticultural Therapy Week” in New Jersey, with the first observance being in 2016; and

WHEREAS, HT has received recognition from the Hunterdon, Somerset and Bergen County Boards of Agriculture via proclamations in March 2015.

NOW, THEREFORE, BE IT RESOLVED, that we, the delegates to the 101st  State Agricultural Convention, assembled in Atlantic City, New Jersey, on February 10-11, 2016, do hereby direct the New Jersey Department of Agriculture, through its various entities, to promote Horticultural Therapy as an integral part of consumer horticulture as recognized by the USDA, and to encourage the continued growth of these valuable programs as outlets for New Jersey agricultural products and as a service to the communities who use them. 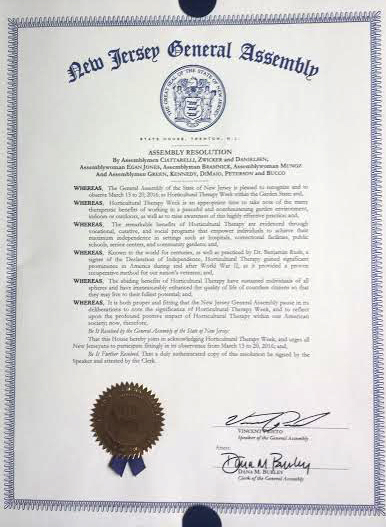 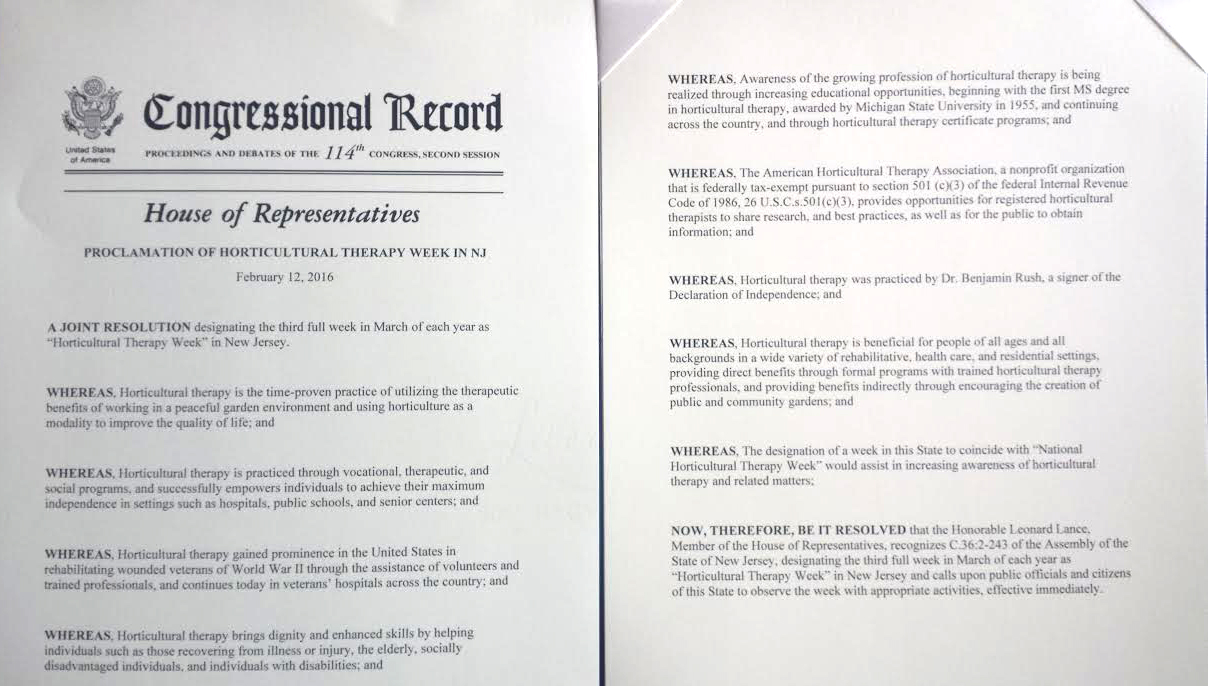 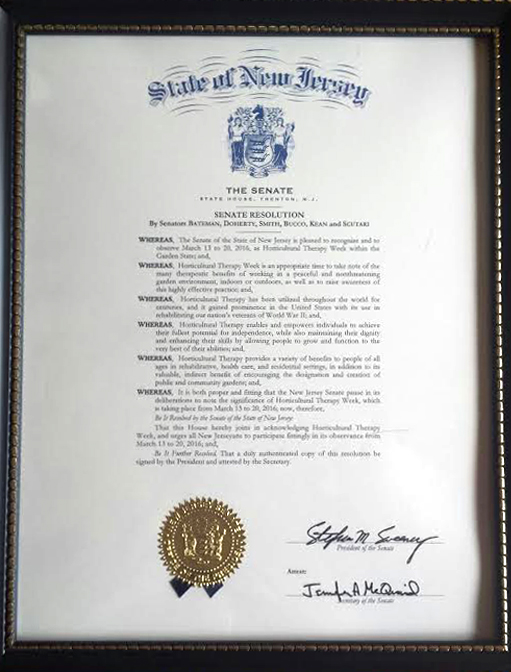