Cultivating the field of horticultural therapy in NJ 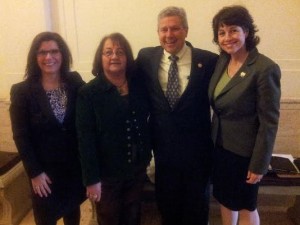 The field of horticultural therapy in raising awareness in New Jersey is growing, thanks to overwhelming support from the state senate and assembly by way of four significant steps of policy makers.

By Laura DePrado
Published in the Somerville Courier News 1/19/2015, Page B1